Wow, it has gone so quickly, we are now onto our final Skyblock reset of this season which will be our Kingdom realm. For anyone that is wanting to play one of these resets, this is your last chance as there will not be another one for a long time. This reset will bring the last of our realms, Kingdom, up to date with our setups from our other realms.

There are a few changes however so make sure you have read through the changelog below so you can see what to expect and any changes that may effect how you play this map. Good luck to everyone playing, hope to see a good turnout as it is our last map.


Launch
No changes to the launch time for this reset, as usual it will be resetting on Saturday at 2 PM EST. Just remember that this is our last reset of this season of Skyblock so it will be some time before this is another one.

Giveaway
As this is the final reset, we will be hosting an even better giveaway this time. We will be giving away a Legend rank! Retweet the tweet below and follow us on Twitter for a chance to be entered. It is so simple and you could win a $220 rank just by clicking a few buttons so make sure you enter. It really helps us out.

Click here to enter our giveaway for a chance to win a Legend Rank!​

Spawn
Once again, we're using an old Kingdom spawn. We're going to be using the spawn from a map almost a year ago now so it is fairly old! 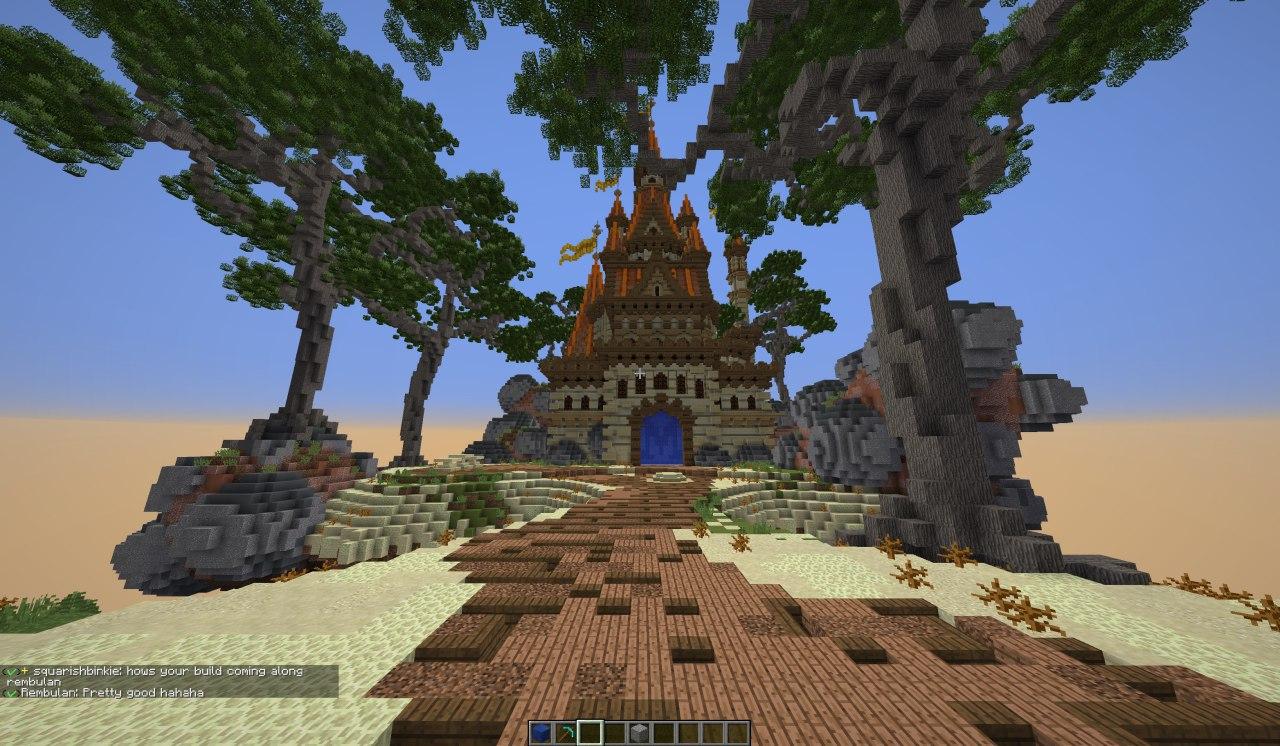 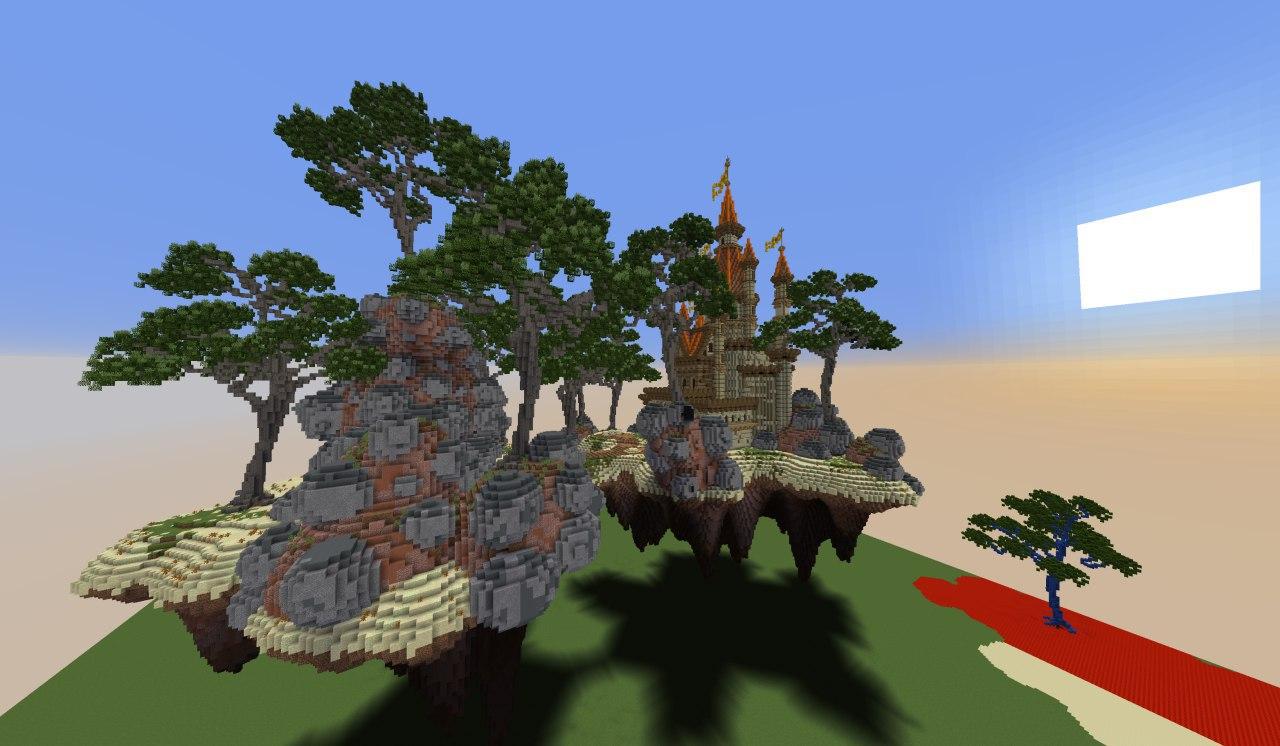 Changes
As most of you will know, we have decided to take a different approach on this season of Skyblock and give it a more "MineSaga 1.0" feel. You all seemed to really like this so we will of course be taking the same approach with the Kingdom reset. The only main changes here are the spawner stack limits and mob stack limits but also a change to random generators.

Random generators will be significantly decreased on the speed they are on Space and Mystic. They were already slightly nerfed on Jurassic and Western but clearly not enough still. I know a lot of you will like this change.


Old Experience Keys
So many suggestions said that you wanted to see the old experience keys back, so we have done that. Rather than XP crates spawning the Arena, you will now need to redeem your experience in /xpshop in order to get experience keys. To prevent people autoclicking these crates massively on their islands, you will only be able to open the experience keys at spawn by clicking them at /warp crates.

Economy
We will be going back to a more 1.0 styled economy. The economy will be much slower and your top spawners will be Villagers and Iron Golems again. This will prevent users having millions and millions of spawners and will be a lot more manageable for most players. You will also see crops that need a more manual farming approach such as cane, melons etc become better than cactus.

Minions
A lot of people were saying make minions worth it again but could not give us any great ways to do this. We have however come up with a way to do this. When mobs are killed using the minions attack or attackall mode, the loot you get from that mob will be multiplied by 1.5x so essentially killing mobs with a minion will get you 50% more loot.

Limited Time Shop
Every now and then, a time sensitive shop will appear in the /shop menu. You can access this for however long it says in chat when it first becomes active. The shop will not give massive boosts but it may give you small discounts like Iron ingots that sell for 5% more or 5% off Island value blocks etc. It will not happen at a set time every day and will be completely random.

Global Quests
Every now and then, a title will appear on your screen giving you a quest to do such as "Mine 1,000 cobblestone". Every player on the realm you are on will receive this quest and the first person to complete it will get a reward.

Runes
People liked the changes with the Runes menu and how you could just buy the rune you wanted however it was way too easy to get a max set because you could just buy the top tier of each Rune. Now, you will still be able to chose the Rune that you want to buy however, you will not be able to pick the tier. You will have to just click on for example, the Revenge Rune book and see what tier it gives you. This will make it a lot harder for people to get top tier Runes.

Blockstacks
So many of you asked for it, so we have now removed blockstacks. We are really not sure on this change and did not want to add it but it was by far the most suggested feature on the thread so, good luck!

Mob stacking
Back in the days where we had over 1,000 players on realm, we had to make some pretty drastic changes to allow us to accommodate for this many players. One of these changes was mob stacking. The changes we made had massive effects on peoples farms and didn't really allow you to have much control over them. With this reset, we are changing the way how our mob stacking works so stacks will not "merge" together as far away etc.


Prizes
If you haven't seen the other reset posts, our prizes for island top have been slightly changed to make more people want to compete as we now offer PayPal money for both 1st and 2nd. Make sure you read this!
All prizes will be paid out weekly, there is no change there. Of course, if you win either 1st or 2nd, your PayPal prize can be switched out for a Giftcard if you wish to do so by setting your /is paypal to something like "coupon".


What will you keep?
Once again, there is no changes to what you will be keeping over reset. However, make sure you read the changes above as from this reset forward, points will be kept over reset unless we hit a ".0" in which they will be reset.
Conclusion
Well that is it everyone. The final reset post done, woohoo! Hope all of you Kingdom players enjoy the changes that you have waited a long time for now and hope to see everyone back on it for the reset. Lets get as much competition as we can and make it a great final realm!

Honestly, I don't understand why people don't like blockstack. It's very useful.
Other than that, cool! Marquess
Specialist
Wanted
Burglar
Pterodactyl
Goblin
If i could only be there ;/
You must log in or register to reply here.