wtf is roblox never heard of that in my life. But srs you're in my top favourite ms players peace out man. so here's a donut 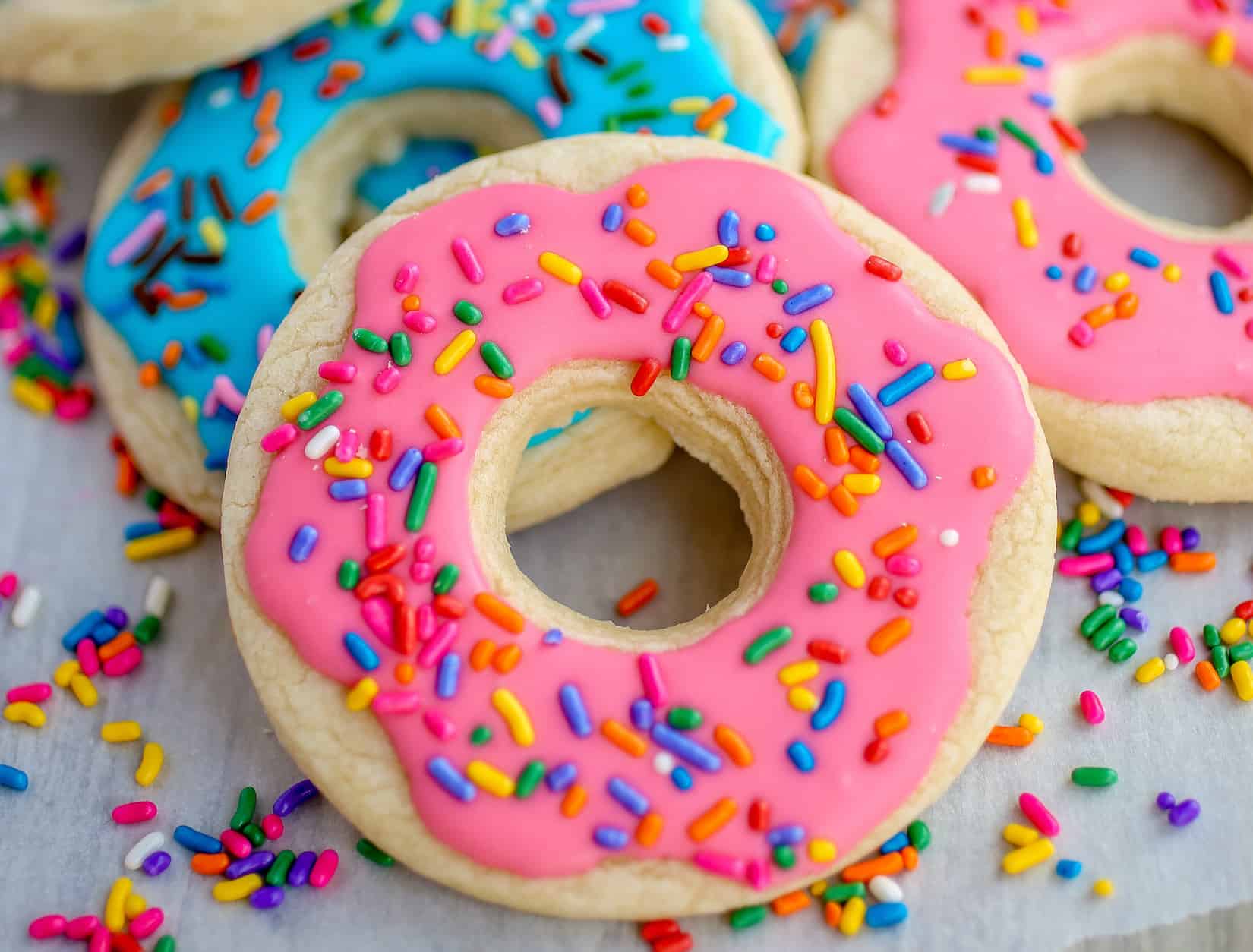 Matnax said:
Met u because you randomly donated me stuff on kingdom and I was like wth and you said: I like to donate to people!
Always kind and cool
Click to expand...

OH yeah i remember that

Pengu said:
wtf is roblox never heard of that in my life. But srs you're in my top favourite ms players peace out man. so here's a donut

aye thanks for the compliment

Tntx said:
Going to miss you!
Click to expand...

Thanks tnt, sorry forgot to mention you! You're a nice guy!
T

aye thanks for the compliment

Thanks tnt, sorry forgot to mention you! You're a nice guy!
Click to expand...

Thanks mate loved to work with you even though it was for a short period of time don't worry about it!
M

DoktorHolidayz said:
Am I blind or u have not mentioned me

I want to say, I will miss you, but I don't play the server anymore, so I'll still dm you through discord. Also, soon I'll make you a render

AFKScientist said:
**Shit grammar alert**​
So... hey. You probably know me as Jin, JinFromMars, Jin855102tw, _DetectiveShadow and obviously AFKScientist. I've been playing on MineSaga for almost 2 years, by the time posting this will be exactly 2 years.(Apparently not I'm tired so I just want to post it now) And I want to tell you about my "MineSaga Journey".

At the Summer of 2018, July 7th, I finished my first pc build, a fresh computer with only minecraft in there. Randomly watching youtube and came across a video made by GrapeAppleSause about this server, MineSaga. And at that time, I really had nothing to do, with a mindset of "eh why not" and hopped on minesaga.org. That was the day I first start my journey.

At that time, Grape was playing on Kingdom, so without a doubt I hopped on Kingdom realm. After few weeks of playing on the server, I've never gotten a chance of leaving this server since then. Kingdom Realm has the friendliest community I've ever met, so I made quite a few friends around the community. Grinding for money, talking in chat and making my island bigger and bigger is basically my daily routine at that time. *mid 2018 - early 2019*

As time went on, I've slowly grinding my way up from member rank to paladin, baron, viscount, earl(1) and finally marquess rank(2). It was a fun time, I really enjoyed grinding for my rank without spending money. Upon receiving my Marquess rank, I stopped grinding entirely since I am not a competitive player. But I was still active in chat, talking to players, making new friends. *2019*

Sometimes later, I joined RavingLoon's team. He is honestly one of my favorite player on the server(3). We won few island top and had a lot of memories at that time before he quit entirely. *mid 2019 - early 2020*

Now time to 2020, I applied for staff on January 23rd, 19 days later, I was accepted as helper. This helper rank started my staff work on MineSaga. This is an amazing experience that the majority of player base haven't experienced yet. I learned a lot, such as how to properly talk to people, how to deal with players question with a proper response, basic command that staff can use and have a much much matured mindset(even tho I always acted not too professional lol). After being helper for a month, I was promoted to moderator. During my staffing time, I've met a lot of player outside of Kingdom, made some friends and be known for "A decent staff". But, everything have to end at some time. My very last punishment I gave out is on May 4th. And eventually resigned as Moderator on May 5th, 3 days after my birthday. https://www.minesaga.org/threads/_detectiveshadows-staff-application-taiwan.28495/ *February 2nd - May 5th (3 months and 3 days)*

Fast forward to my very last moment, mid 2020, I now just talk in discord and join server to say hi to people. I open discord, talking gibberish and messing around and go basically everyday. Nothing big happened recently, but I do enjoy watching discord chat and participate in and sometimes go on forums and reply some post.

This is basically it, my 2 years journey on the server. Nothing particularly funny, mostly talking to people. But that's why I can't leave, I love the community so much that I have to log on everyday just to talk for hours.

I do want to list players that I've met or friends I've made during this journey. I will be listing people in chronological order. If I *somehow* forgot to put you there, I apologize sincerely.

Adventure07- Nice guy, first met in kingdom. sold me a baron rank. Still remember that haha
Coay- My first punishment was giving by him.
RavingLoon (3)- He is OG kingdomer, friendly, funny, good leader, very considerate and always cheers me up. We had a lot of good memories. Thank you sincerely.
YousefDX- Met him since the start, He's a cool guy. But left for college for a bit and came back recently. Bought 1000 points from him haha
Matnax- Very nice Italian, Always positive.
5vp (1)- He is a cool guy, even tho we argued about something and then u quit, I still respect you as a friend. And He gave me earl rank.
LewisJT- Cool guy, nothing much to say haha
Erwylies- Another cool guy, but don't much recollection Sorry
Jazzacronic (2)- A cool Australian, Very generous, randomly gifting people. Bought me marquess rank while I was afk showering. Had some cool conversation.
UnioDex- "He used to buy points"
Emil_PB- Once built me a statue, thanks.
Frezeh- Chill guy. Quitted in 2019
Warze- He is a nice guy, he built multiple public grinder that made a lot of players get an easy start boost.
SwitchPlays- Should be listed with RavingLoon, but he afk and don't talk to me so -1. Just kidding, He is a very nice guy.
Fi1ip123- Used to be my favorite mod, but after got replaced by Trikill.
TriKill- What can I say? Some says he is a controversial guy. But in my eyes, He is the best mod. Always being nice to me even tho we didn't even know each other.
maxmax187- Super nice guy, what else can I say?
ChaosDragon_- He and maxmax187 done some mad testing on kingdom long ago. They are both insane.
Grenade- Bit controversial, but you're a decent guy I'd say.
Keff- Met him long ago, but only recollection is the render about gullible kicking kayla LOL.
OhKangaroo- Another nice mod, very friendly to players.
Cryptanova- Left long ago, then recently joined back, nice.
PreciousIX- Cool guy, but left long ago
Moohablah- Another great leader, but sadly didn't really talk to him.
RR1076- bot
TNTHorror- My favorite pvp guy, he watch anime tho
Alisza, case, jck, liran, aloha, aryguy, jif, austybattler, AlexSta, totah, ameer, stoic, puppybites, ethan, sept, doktor- Old crew!
Ant0p0s- Great staff. Once u left I joined, And once I left u joined LOL.
Pixelistic_, Nish- Chill guy, hope u doing well.
Smackky- Cool dude
Off1cal- Actually a really nice and chill person!
Michielo1976- Nice dad, had a good conversation.
Netwarkkabel74- Another great parent, with his lovely children. Very friendly.
Corning- Toxic guy, but always fun to mess around. My best assistant.
Civolar- Chill but sometimes being dumb
quig/WheresMyMommy- Photo attached!
Scir, Mo, Dwoof- HongKonger!
Slime/Resultful- Cool guy with fancy computer. Did some giveaway. Always nice to me.
Sarah, Amy- Met them at mystic, Pretty nice players.
Stonings- lovely guy, I carried him in bw tho.
AaronC- Nice guy, always giving away money to people and thanks for the nitro!
iClickSlow, ChrustyChrab- Chill ex-staff, Very funny. Especially Dylan, you're good at beatboxing but shit at K snare.
No_Haxs_Just_Pro- Controversial dude, but very chill to me. btw nice trucks my America dude.
Kiter- Spittin straight fax on the forum, Respect!
Pop/Popstopdash- lovely russian guy with passion on planes!
Ozaqu- DEFINITELY DIDNT FORGOT TO MENTION U!!!!!
Piggy- I didn't forgot to put u here im just too busy making instant noodle!
D8ug- SORRY I FORGOT TO PUT U HERE MY MEMORY IS SHIT!!!!!!!!!!
BladeVapes, Gewap- Thank you guys for the entertainment!

Now to the staff member that I worked with:
Pengu- Epic gamer but stop playing roblox.
Saha- Very good guy, hope you doing well irl.
FGW- always friend!
Beth- i want my sotm back
Pax- thanks for the afk pool!
BicBoy- Always got my back, Thank you. (bocboy
Yoshi- WOW NICE OG NAME I WANT ONE
PrankingYou- Thanks for being my mentor, even tho I don't ask question lol
Penquins- thanks for delaying my interview
Gullible- always talks in discord, funny guy. (prob)
System- Great owner, Sorry if I ever messed up something lol

Monkeyman/LongForm- SORRY FORGOT TO MENTION YOU FIRST! but seriously you're pretty chill. sorry for the lost

Ok that's probably it.
But this is not just an ordinary anniversary post, as L. Frank Baum said "Everything has to come to an end, sometime." I'm leaving both MineSaga and Minecraft in general, I've spend enough time enjoying this journey. I actually have to say thanks to everyone of you, I've enjoyed this journey so much. Without you guys, I'm probably still playing hypixel and never grow up to this me. If you want to say something to me, you can either leave a comment down here or DM me on discord Jin#8277.

This is Jin signing out,I will probably come back sometimes, probably won't, who knows lol.
Click to expand...

ItzKeff said:
I want to say, I will miss you, but I don't play the server anymore, so I'll still dm you through discord. Also, soon I'll make you a render
Click to expand...

Will definitely miss u!

Paxr said:
Bye bye Jin! You are a very cool person and I will miss you more than @Alisza!
Click to expand...

I will miss u tooooooooo!

iTziBrahimCraft said:
Bye jin i have somethings need to handle so i might quit too will miss ya tho
(and i am sad i have not been mentioned)
Click to expand...

Sorry brahim! But I will indeed miss u!
M

Cowboy
Tyrannosaurus
Wizard
Earl
Engineer
fml Jin , How about me
you FAT

Commander
Tyrannosaurus
Wanted
Sorcerer
Baron
even though i’ve never met you,
best of luck in your future.

AFKScientist said:
Ant0p0s- Great staff. Once u left I joined, And once I left u joined LOL.
Click to expand...

I still feel bad that I never staffed with you
A

Definitely remembered u, but somehow forgot to put u there xD

Jalyn said:
even though i’ve never met you,
best of luck in your future.
Click to expand...

Thanks swaggy( if I’m not wrong)

I still feel bad that I never staffed with you
Click to expand...

AFKScientist said:
Randomly watching youtube and came across a video made by GrapeAppleSause about this server, MineSaga.
Click to expand...

That’s how I found this server too!

5h4dowHunt3r said:
Oi u forgot me XD
Click to expand...

You don’t deserve to be on anyone’s goodbye posts.
You must log in or register to reply here.